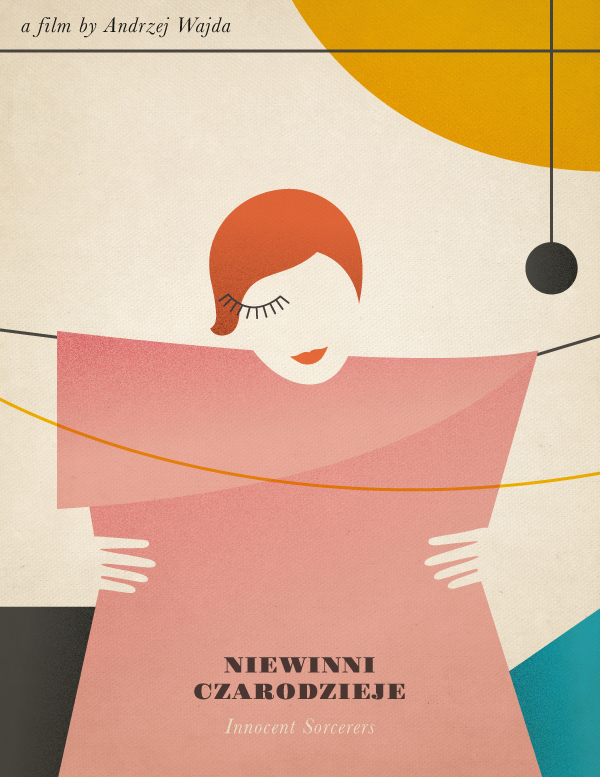 This project is my tribute to one of the greatest European film directors Andrzej Wajda who passed away in October 2016 in age of 90. I created four illustrations inspired by one of Andrzej Wajda’s early movies “Niewinni czarodzieje” (Innocent Sorcerers) from 1960 and the famous Polish School of Posters.

The movie tells a story about a young man (Bazyli) and woman (Pelagia) who without knowing each other spent the whole night together over long conversations and silly games. Both of them try playing being not serious, rather flirty and playful however after a few hours they are deeply fascinated by each other. Both Bazyli and Pelagia thought keep up appearances and may lose the chance for true love.

Innocent Sorcerers is one of the early Andrzej Wajda’s films. Wajda invited to this project not only the most talented young Polish actors by that time, but also his close friends, ex. Roman Polański and two great Polish jazz composers Krzysztof Komeda and Andrzej Trzaskowski. 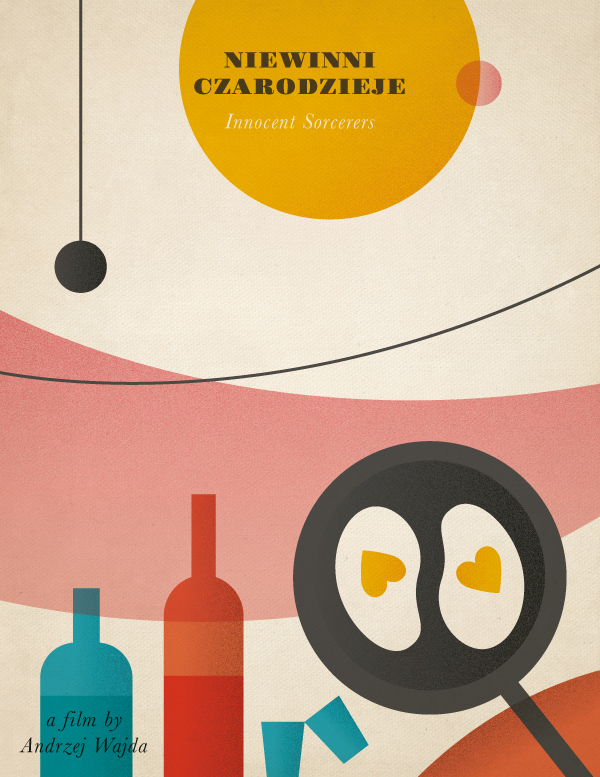 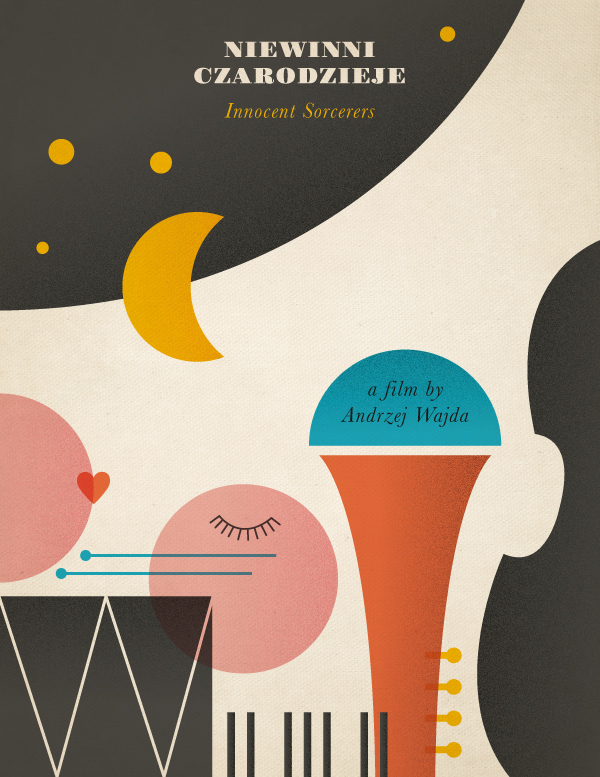 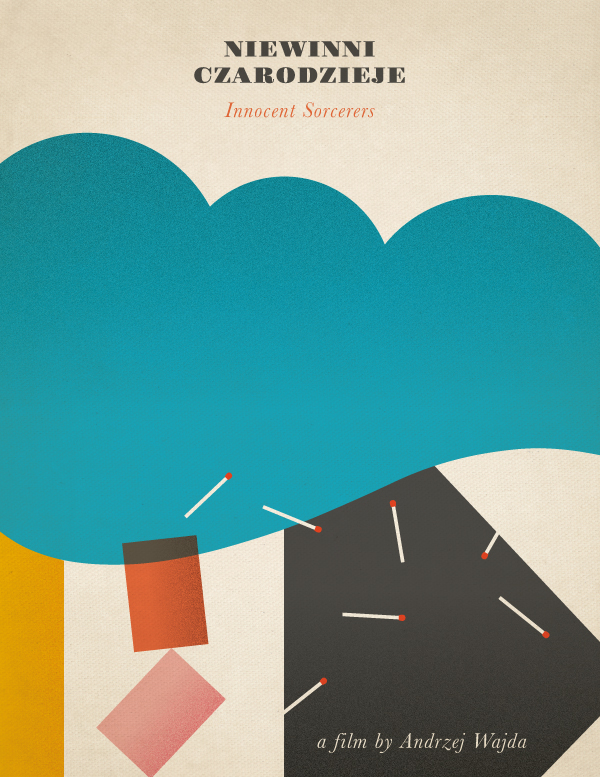